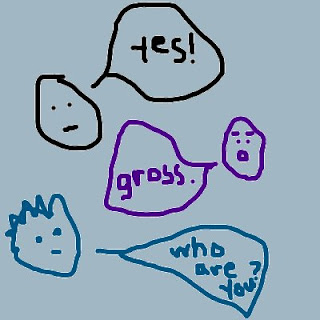 here's a thing you can do with leftovers, i've been doing it for years: instead of putting them in your mouth, just put them in the trash. i know. go ahead and box them up or put them in a tupperware as if you're going to eat them later, let them sit in the fridge for about a week, then just throw them away.

people might give you a hard time about wasting food if they know you're going to do this so you have to act like you're going to eat them up until the moment you throw them away. then just slip them in the trash when no one's looking and as far as i can tell, no one's any worse off.

(-just one of my rejected "Hints from Heloise" submissions)