so on the last episode of ANTM (america's next top model for those of you who are super out-of-touch) they did the makeovers which is awesome because they did the long red hair on one girl and short boy cut on another girl and blonde on other girl, and the old hairs had to go back home to places like the trailer park or other places models aren't, and their families welcomed them back but they could tell the hairs weren't quite the same, something had changed -- it was probably that they had been on tv a little bit (before the makeover episode) and it wasn't so much that they thought they were better than their old friends and family from home because they were on tv, it was that they could no longer be content with their old lives having been through this experience on the show what with tyra banks and all. so that was cool. 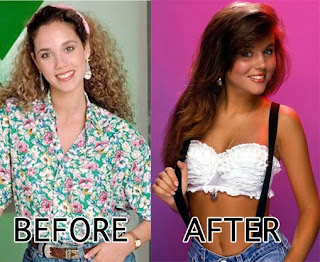